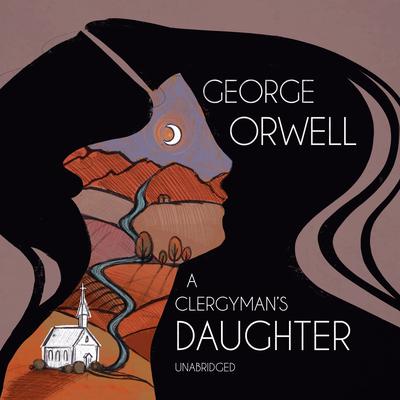 Dorothy Hare, the dutiful daughter of a rector in Suffolk, spends her days performing good works and cultivating good thoughts, pricking her arm with a pin when a bad thought arises. She does her best to reconcile her father’s fanciful view of his position in the world with such realities as the butcher’s bill. But even Dorothy’s strength has its limits, and one night, as she works feverishly on costumes for the church-school play, she blacks out. When she comes to, she finds herself on a London street, clad in a sleazy dress and unaware of her identity. After a series of degrading adventures—picking hops in Kent, sleeping among the down-and-outers in Trafalgar Square, spending a night in jail, and teaching in a grubby day school for girls—she is rescued. But although she regains her life as a clergyman’s daughter, she has lost her faith.

“The most sorrowfully funny piece of literature I can recall reading. The pathos of Dorothy’s life becomes so real, one loses all feeling of detachment…This is what social fiction must be––not dialectic, but idea transmuted into experience.” —Kansas City Star
“Destined to become a classic…A beautiful example of the chilling somberness, sharp-toothed satire, and humor that were part of the Orwell genius.” —Milwaukee Journal
“Orwell’s compassion for Dorothy Hare, ensnared by faith, birth, and gender to toil thanklessly as her minister father’s unpaid curate, is admirable, and his evocation, early in the novel, of a woman’s consciousness totally subsumed by the mostly trivial demands of others stands shoulder to shoulder with the best feminist fiction.” —Amazon.com, editorial review
“Thanks to his masterful writing, Dorothy becomes a real person and her fate deeply significant. Richard Brown’s narration does justice to the text.” —Library Journal

George Orwell (1903–1950), the pen name of Eric Arthur Blair, was an English novelist, essayist, and critic. He was born in India and educated at Eton. After service with the Indian Imperial Police in Burma, he returned to Europe to earn his living by writing and became notable for his simplicity of style and his journalistic or documentary approach to fiction.