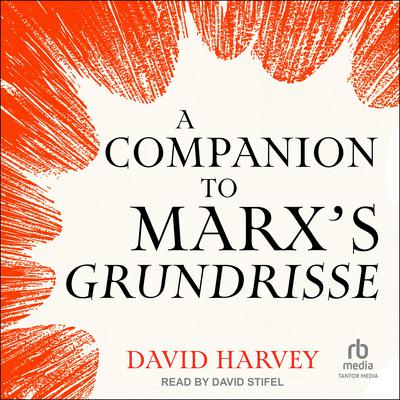 A Companion to Marx's Grundrisse

When leading scholar of Marx, Roman Rosdolsky, first encountered the virtually unknown text of Marx's Grundrisse—his preparatory work for his masterpiece Das Capital—in the 1950s in New York Public Library, he recognized it as "a work of fundamental importance," but declared "its unusual form" and "obscure manner of expression, made it far from suitable for reaching a wide circle of readers."

David Harvey's Companion to Marx's Grundrisse builds upon his widely acclaimed companions to the first and second volumes of Capital in a way that will reach as wide an audience as possible. Marx's stated ambition for this text is to reveal "the exact development of the concept of capital as the fundamental concept of modern economics, just as capital itself is the foundation of bourgeois society."

While respecting Marx's desire to "bring out all the contradictions of bourgeois production, as well as the boundary where it drives beyond itself," David Harvey also pithily illustrates the relevance of Marx's text to understanding the troubled state of contemporary capitalism.

David Harvey is Distinguished Professor of Anthropology at the Graduate Center of the City University of New York. He formerly held professorial posts at Oxford University and Johns Hopkins University, and has written extensively on the political economy of globalization, urbanization, and cultural change.