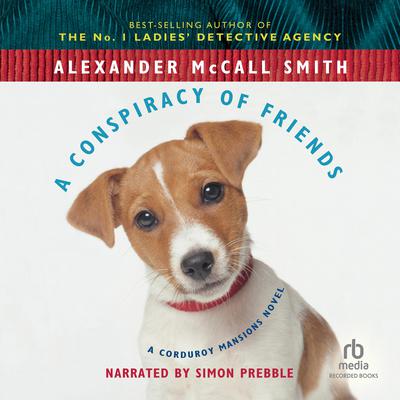 A Conspiracy of Friends

Beloved author Alexander McCall Smith is a worldwide phenomenon thanks to his multiple best-selling series. In A Conspiracy of Friends, life at Corduroy Mansions, nestled in London's hip Pimlico neighborhood, is as lively as ever. While Berthea Snark scribbles a scathing biography of a Parliament member- her son!- William French frets that his own son will never leave home. And to no one's surprise, clever terrier Freddie de la Hay has sniffed his way into a heap of trouble.

“McCall Smith’s generous writing and dry humor, his gentleness and humanity, and his ability to evoke a place and a set of characters without caricature or condescension have endeared his books to readers.”  —New York Times
“Teeming with charm, this confection takes its cue from Armistead Maupin’s Tales of the City…There are as many plots in this genial, satisfying narrative as there are characters, and it’s a testament to Smith’s gifts as a storyteller that he’s able to bind the whole together with such a slender narrative thread. His ample humor and grace helps.”  —Publishers Weekly (starred review)
“McCall Smith is by turns hilarious at capturing foibles and meditative about the huge role chance and the plots of others play in our lives. Fascinating fare. How can a writer as prolific as McCall Smith continue to be so popular? Ask his millions of fans, who will be waiting in line for this one.” —Booklist (starred review)