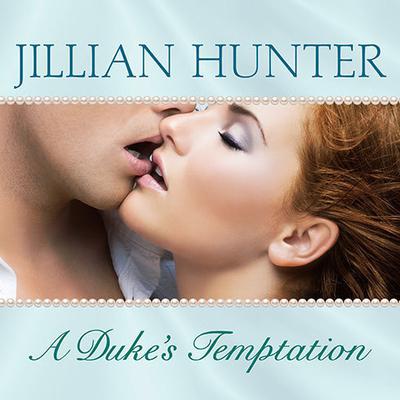 Samuel Charles Aubrey St. Aldwyn, Duke of Gravenhurst, is a radical rogue and champion of unpopular causes. No one would dream that he is also the author of a bestselling series of dark historical novels, a writer accused of corrupting the morals of the public, and a master seducer who counts among his passionate fans wellborn Miss Lily Boscastle. But Lily is no stranger to disrepute. When her engagement to another man ends in a tarnished image and public disgrace, Lily is forced to seek employment outside London—as housekeeper for Gravenhust himself. Her sharp wit and sensuality appeal to his wicked instincts, and she's a perfect match for every beguiling move he makes. Yet there's more to him than Lily imagined: a secret known to few living souls, ghosts from the past that haunt both of their futures in ways too dangerous for even the duke to have invented.

Jillian Hunter is the author of over twenty critically acclaimed novels, among them the bestselling Boscastle series. Her books have been printed in twelve languages and have appeared on the New York Times, USA Today, and Publishers Weekly bestseller lists. Hunter has received several awards, including the Romantic Times Career Achievement Award. She lives in Southern California with her husband and three daughters.