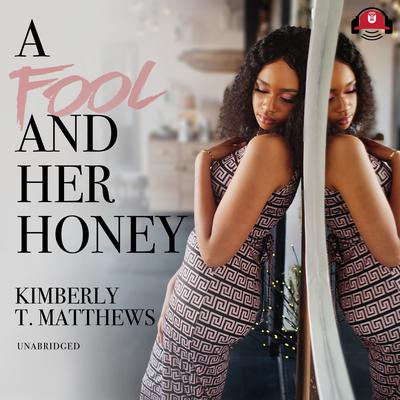 A Fool and Her Honey

Three women who all play the fool for love … in one way or another.

Candis has never been good at picking a suitable mate, enduring heartbreak after heartbreak. Coming to the conclusion that divine intervention would be best, she solicits God’s help through a quick prayer, promising faithful church attendance in exchange for a good man. Only a fool like her would believe that her prayer has been answered when she meets and falls in love with SeanMichael, a man she’s only communicated with through Facebook. Ignoring the warnings of her two best friends, Candis engages in a full blown, cross-country relationship, never laying eyes on her “God-sent” man until days before she is supposed to marry him.

Dina is engaged to the perfect man. Bertrand is sweet, charming, established, crazy in love, and crazy in bed. Best of all, he is not afraid to commit. Marrying him should be a no-brainer, but Dina’s still carrying heavy baggage from her previous marriage, and she’s determined not to be the same fool twice. Candis and Celeste find no fault in Bertrand, but Dina has a sneaking suspicion that there’s more to him than meets the eye.

When they took their vows, all Celeste wanted was a man who would love her forever, but all Equanto wanted was someplace other than the sidewalk to lay his head. Now with three kids, Celeste is determined to honor the vows she made before God. She would rather work through their ugly issues than discard her dysfunctional marriage. No matter how frustrated she is with his irresponsible and irrational acts, her boys need a father figure. When her life is suddenly on the line, Celeste will have to push foolishness to the side and decide what’s best for her and her family.

Kimberly T. Matthews’ novel of risks and rewards asks the question, “Can a fool and her honey be easily parted?”

Kimberly T. Matthews resides in Hampton, VA, where she writes full time. In addition to penning nine novels, she is a literary agent and does freelance editing work.