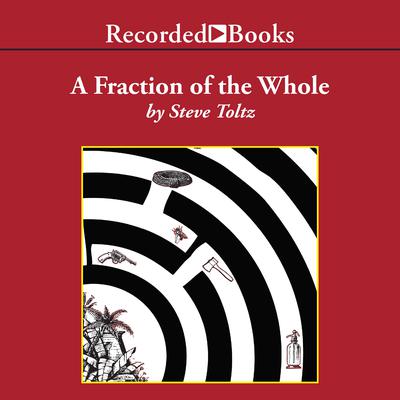 A Fraction of the Whole

By Steve Toltz
Read by Colin McPhillamy  and Craig Baldwin

“First novels these days too seldom dare to raise their voices above an elegant whisper or an ironic murmur. Not so A Fraction of the Whole, a riotously funny first novel that is harder to ignore than a crate of puppies, twice as playful and just about as messy. This is not a book to be read so much as an experience to be wallowed in. Mr. Toltz’s merry chaos—a mix of metaphysical inquiry, ribald jokes, freakish occurrences and verbal dynamite booming across the page–deserves a place next to A Confederacy of Dunces in a category that might be called the undergraduate ecstatic. A Fraction of the Whole is a sort of Voltaire-meets-Vonnegut tale.” —Wall Street Journal
“Rollicking…laugh-out-loud funny.” —Entertainment Weekly
“A sprawling, dizzying debut…Comic drive and Steve Toltz’s far-out imagination carry the epic story…a nutty tour de force.” —Publishers Weekly (starred review)

Steve Toltz is an Australian novelist. His first novel, A Fraction of the Whole, was released in 2008 to widespread critical acclaim. He is married and has one child.