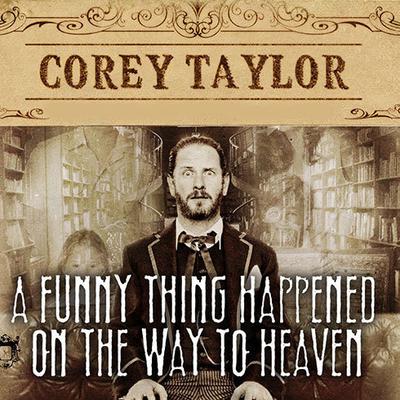 A Funny Thing Happened on the Way to Heaven: Or, How I Made Peace with the Paranormal and Stigmatized Zealots and Cynics in the Process

In this book, Corey Taylor undertakes something never before attempted in the history of rock superstardom: he takes you with him as he journeys undercover through various ghostbusting groups who do their best to gather information and evidence about the existence of spirits. Some are more credible than others, and, frankly, some are completely insane, but all are observed with appropriate seriousness as Taylor attempts to better understand some of the spooky things that have happened to him in his life, especially that night at the Cold House. But that's not all, folks. Taylor once again gives you a behind-the-scenes tour of his crazy life and the many beyond-the-grave events he's encountered. (You'll be shocked how often Slipknot has been invaded by the supernatural.) Taylor also touches on his religious background and how it led him to believe in much more than the Man in the Sky.

Taylor's performance ability is undeniable, and he's clearly comfortable talking about even the most bizarre and outrageous subjects with ease, making this an absolutely compulsive listen for fans of his music or the macabre. —Publishers Weekly Starred Audio Review

Corey Taylor is the lead singer of the hard rock bands Slipknot and Stone Sour. A native of Des Moines, Iowa, he divides his time between that city and Los Angeles.