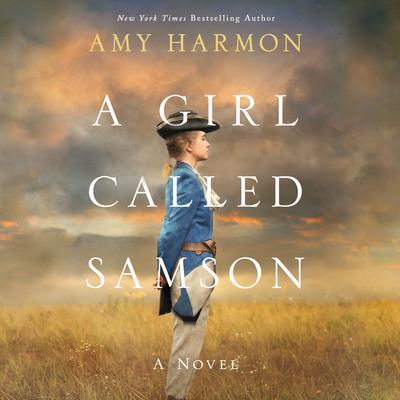 A Girl Called Samson: A Novel

From New York Times bestselling author Amy Harmon comes the saga of a young woman who dares to chart her own destiny in life and love during the American Revolutionary War.

In 1760, Deborah Samson is born to Puritan parents in Plympton, Massachusetts. When her father abandons the family and her mother is unable to support them, Deborah is bound out as an indentured servant. From that moment on, she yearns for a life of liberation and adventure.

Twenty years later, as the American colonies begin to buckle in their battle for independence, Deborah, impassioned by the cause, disguises herself as a soldier and enlists in the Continental Army. Her impressive height and lanky build make her transformation a convincing one, and it isn’t long before she finds herself confronting the horrors of war head-on.

But as Deborah fights for her country’s freedom, she must contend with the secret of who she is—and, ultimately, a surprising love she can’t deny.

Amy Harmon is a USA Today and New York Times bestselling author. She knew at an early age that writing was something she wanted to do, and she divided her time between writing songs and stories as she grew. She has written several novels.