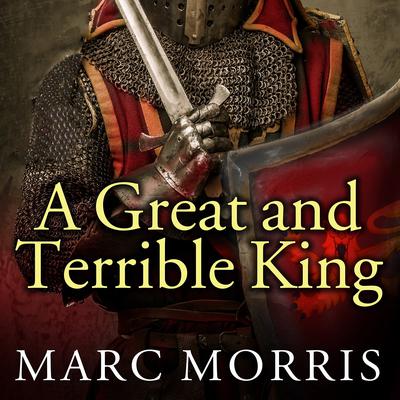 A Great and Terrible King: Edward I and the Forging of Britain

Edward I is familiar to millions as "Longshanks," conqueror of Scotland and nemesis of Sir William Wallace (in Braveheart). Yet this story forms only the final chapter of the king's action-packed life. Earlier, Edward had defeated and killed the famous Simon de Montfort, traveled to the Holy Land, and conquered Wales. He raised the greatest armies of the Middle Ages and summoned the largest parliaments. Notoriously, he expelled all the Jews from his kingdom. In this book, Marc Morris examines afresh the forces that drove Edward throughout his relentless career: his character, his Christian faith, and his sense of England's destiny—a sense shaped in particular by the tales of the legendary King Arthur. He also explores the competing reasons that led Edward's opponents (including Robert Bruce) to resist him.

“The title of Marc Morris’ book is apt. No king of England had a greater impact on the peoples of Britain than Edward I. Morris has succeeded in writing a book for today.” —Times Literary Supplement (London)
“Morris does a splendid job of distinguishing England, Scotland, and Wales in geographic, topographic, political, and cultural terms. His descriptions of battles, political shenanigans, and betrayals are as clear as a bell, and his enthusiasm for his subject helps to make this biography something of a page turner.” —Providence Journal
“A splendid example of the genre. An excellent, readable account of his reign.” —Literary Review (UK)
“A Great and Terrible King is an extraordinary read and highly recommended for both community and academic library collections.” —Midwest Book Review
“A painstakingly researched and highly readable account. Vivid details and an engaging narrative style bring the man and his period to life. Highly recommended for scholars and generalists alike interested in the Middle Ages.” —Library Journal (starred review)
“An informative and easily digestible account of the life of an important if often unattractive medieval monarch.” —Booklist
“Richly contextual treatment of a pivotal Medieval English monarch. An elucidating biography.” —Kirkus Reviews
“Narrator Ralph Lister delivers a vivid picture of medieval England as described in this well-researched audiobook…Lister uses his marvelous vocal range to bring strength and depth to the persona of Edward. His performance gives listeners insight into the character of the man who defeated William Wallace, of Braveheart fame…Winner of AudioFile Earphones Award.” —AudioFile
[V]ivid details and an engaging narrative style bring the man and his period to life. —Library Journal Starred Review

Marc Morris is an historian and broadcaster specializing in the Middle Ages. He is the author of several books, including The Norman Conquest, Kings and Castles, and Castle: A History of the Buildings That Shaped Medieval Britain. In 2003 he presented the highly acclaimed TV series Castle. He has also contributed to other history programs on radio and television. An expert on medieval monarchy and aristocracy, and a fellow of the Royal Historical Society, he has written numerous articles for History Today, BBC History Magazine, and Heritage Today.