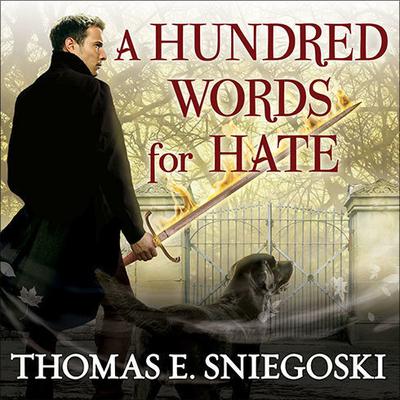 A Hundred Words for Hate: A Remy Chandler Novel

As an Angel, Remy Chandler possesses powers and skills he puts to good use in his chosen profession—but only if the situation calls for it. And the sudden reappearance of the Garden of Eden is definitely one such situation, since the seemingly benevolent Sons of Adam want him to find the Key to the Gates of Eden. But there are those who want the Gates to stay shut, for there is something terrible and dangerous buried in the Garden . . . Caught between two warring factions of immortals, Remy must decide how to proceed: find the Key, or not? Desperate for help, he turns to a very old acquaintance—a fallen angel who is sometimes friend, sometimes foe, and always deadly.

Sniegoski nicely juggles a large cast and throws in some touching moments (Remy's conversations with his late wife, Madeline, are especially sweet) and humor (as always, provided by Remy's dog, Marlowe) to balance the epic violence. There's more than enough nonintrusive exposition to let new [listeners] jump into the story, while longtime fans will appreciate the development of recurring characters such as fallen angel Francis. —Publishers Weekly

Thomas E. Sniegoski is the author of more than two dozen novels for adults, teens, and children. His books for teens include Legacy, Sleeper Code, Sleeper Agenda, Force Majeure, and the Brimstone Network series. Sniegoski is also a comic book writer; he collaborated with Bone creator Jeff Smith on the prequel miniseries Stupid, Stupid Rat Tails. Sniegoski was born and raised in Massachusetts, where he still lives with his wife LeeAnne and their French bulldog, Kirby.