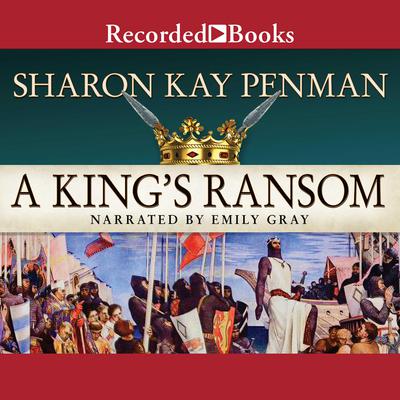 This long-anticipated sequel to the national best sellerLionheart is a vivid and heart-wrenching story of the last event-filled years in the life of Richard, Coeur de Lion. Taken captive by the Holy Roman Emperor while en route home - in violation of the papal decree protecting all crusaders - he was to spend fifteen months imprisoned, much of it in the notorious fortress at Trefils, from which few men ever left alive, while Eleanor of Aquitaine moved heaven and earth to raise the exorbitant ransom. For the five years remaining to him, betrayals, intrigues, wars, and illness were ever present. So were his infidelities, perhaps a pattern set by his father's faithlessness to Eleanor. But the courage, compassion, and intelligence of this warrior king became the stuff of legend, and A King's Ransom brings the man and his world fully and powerfully alive.

“A panoramic retelling of the tumultuous last years of Richard the Lionheart’s life…Penman has absorbed herself so fully into the heart and mind of her protagonist that an undeniably flawed but refreshingly human Richard virtually walks off the pages. This atmospheric fictional biography showcases the author’s mastery of all things medieval while providing some refreshingly new twists on the life and times of a hallowed hero.” —Booklist
“Detailed down to the last flagon of wine, Penman’s work will please serious fans of historical fiction…Characters rise from the pages—Richard, brave warrior, skilled diplomat; Heinrich, ‘If he were cut, he’d bleed ice’; the mercenary Mercadier; and multitudes more. Seven years of sieges and battles, confrontations in castles and on horseback are lovingly detailed…Penman’s latest is a massively entertaining work of historical fiction for dedicated fans.” —Kirkus Reviews

Sharon Kay Penman is the author of several historical novels and mysteries. Among writers who admire her work are Margaret George, Steve Berry, George R. R. Martin, and Bernard Cornwell. Her readers are passionately committed. A lawyer by training, by her mid-thirties she was a full-time novelist. She lives in Mays Landing, New Jersey.