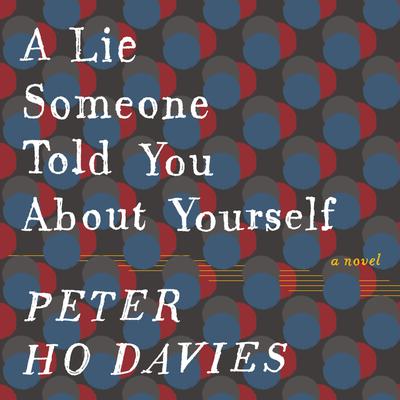 A Lie Someone Told You About Yourself

A People Magazine Pick of Top 10 Books of the Year

The Independent (UK) Best Books of the Year Pick

A BookRiot Pick of the Month

“There are some stories that require as much courage to write as they do art. Peter Ho Davies’s achingly honest, searingly comic portrait of fatherhood is just such a story...The world needs more stories like this one, more of this kind of courage, more of this kind of love.” —Sigrid Nunez, National Book Award-winning author of The Friend

A heartbreaking, soul-baring novel about the repercussions of choice that “will strike a resonant chord with parents everywhere,” (starred Kirkus) from the award-winning author of The Welsh Girl and The Fortunes

A Lie Someone Told You About Yourself traces the complex consequences of one of the most personal yet public, intimate yet political experiences a family can have: to have a child, and conversely, the decision not to have a child. A first pregnancy is interrupted by test results at once catastrophic and uncertain. A second pregnancy ends in a fraught birth, a beloved child, the purgatory of further tests—and questions that reverberate down the years.

When does sorrow turn to shame?
When does love become labor?
When does chance become choice?
When does a diagnosis become destiny?
And when does fact become fiction?

This spare, graceful narrative chronicles the flux of parenthood, marriage, and the day-to-day practice of loving someone. As challenging as it is vulnerable, as furious as it is tender, as touching as it is darkly comic, Peter Ho Davies's new novel is an unprecedented depiction of fatherhood.

“Wise, bracingly honest…never sugarcoating, always leaning in to the hard parts in a way that’s refreshing, timely, and necessary.” —New York Times Book Review
“In a third-person narrative from the father’s point of view, Davies unsentimentally captures the mind-numbing tedium coupled with blinding love that new parents feel in prose as spare as it is emotionally resonant.” —Kirkus Reviews (starred review)
“Davies’s meditation on the complexities of parenthood is at once celebration and absolution, finding truth in human contradictions.” —Publishers Weekly
“The world needs more stories like this one, more of this kind of courage, more of this kind of love.” —Sigrid Nunez, National Book Award-winning author

Peter Ho Davies, author of The Welsh Girl, is on the faculty of the graduate program in creative writing at the University of Michigan. His debut collection, The Ugliest House in the World, won the John Llewellyn Rhys and PEN/Macmillan awards in Britain. His second collection, Equal Love, was a New York Times Notable Book and finalist for the Los Angeles Times Book Prize. In 2003, he was named among the “Best of Young British Novelists” by Granta. The son of a Welsh father and Chinese mother, he was raised in England and spent his summers in Wales.