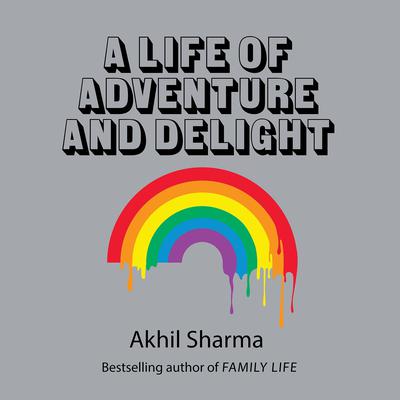 A Life of Adventure and Delight

By Akhil Sharma
Read by Neil Shah  and Deepti Gupta

A young woman in an arranged marriage awakens one day surprised to find herself in love with her husband. A retired divorcé tries to become the perfect partner by reading women's magazines. A man's long-standing contempt for his cousin suddenly shifts inward when he witnesses his cousin caring for a sick woman. The protagonists in A Life of Adventure and Delight deceive themselves and engage in odd behaviors as they navigate how to be good, how to make meaningful relationships, and the strengths and pitfalls of self-interest. Elegantly written and emotionally immediate, the stories provide an intimate and profound assessment of human relationships between mothers and sons, sons and lovers, and husband and wives.

Akhil Sharma, author and narrator, was born in Delhi, India, and moved to the United States, where he attended Princeton and Harvard Law School. After graduation in 1992, he spent a year as a Wallace Stegner fellow in fiction at Stanford. His novel, An Obedient Father, won the 2001 PEN/Hemingway Award and the Whiting Writers’ Award. His short stories have been published in the New Yorker, Atlantic Monthly, and The Best American Short Stories. His short story “Cosmopolitan” was anthologized in The Best American Short Stories 1998 and in 2003 was made into an acclaimed film of the same name. He has also worked as a screenwriter for television and film, and his book narrations include David Sedaris' Children Playing before a Statue of Hercules. He works as an investment banker in New York.