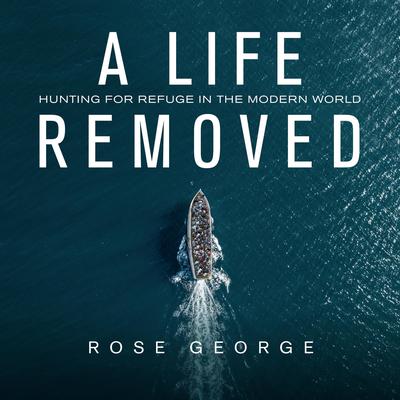 A Life Removed: Hunting for Refuge in the Modern World

'Asylum-seeker'; refugee'. All the major British political parties have brought these words to the top of the political agenda. Some newspapers shout about the swarms of refugees arriving on our shores; others criticise our government's lack of humanitarian principles. But what do we know about the refugees themselves what it means to leave your home, your family, your past? Rose George has travelled to Liberia and Ivory Coast and also met refugees in Britain to discover what really happens when you are uprooted by war, greed and guns, or - as Liberians put it - when you've been 'running, running, running' for fourteen years non-stop; when you've rebuilt your house five times, and it's been looted six times, so you don't bother putting glass in the windows anymore; when, like Francis Flade Nemlin, you're a well-paid NGO worker one minute, and a refugee in a transit centre with sixteen dependents only two weeks later. 'Anyone can become a refugee,' he says. 'Why not?' Challenging the preconceptions of both sides of the political establishment, A Life Removed is a searing indictment of our failure to empathize.

Rose George is a British journalist and author. She began writing in 1994, as an intern at the Nation magazine in New York City. Later, she became a senior editor and writer at Colors magazine. In 1999, she moved to London and began a freelance career, and has since written for the Independent on Sunday, Arena, the Financial Times, Daily Telegraph, Details and others. Along the way, she has been war correspondent in Kosovo for Conde Nast Traveler magazine, and was twice a guest at Saddam Hussein’s birthday party. Until 2010, she was senior editor at large for Tank, a quarterly magazine of fashion, art, reportage and culture based in London.