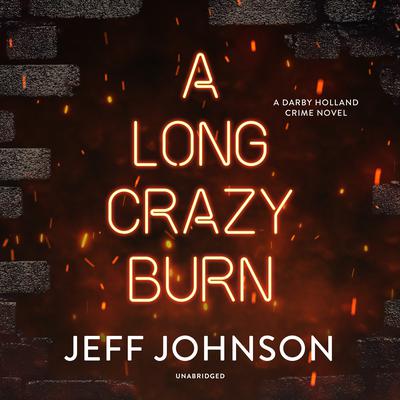 Time is up in Old Town. As the pace of gentrification reaches frenzy in Portland, Oregon, Darby Holland’s beloved tattoo parlor, Lucky Supreme, is destroyed by a bomb that ripped through an entire city block. Only a warning call from his favorite prostitute saved his life. Developers have been like wolves at the door of Dmitri (the drunken landlord) for the past few years, but this is different.

With nothing to lose, Darby goes on a rampage to discover first the bomber then the developer who set everything in motion, and along the way falls under FBI suspicion, messes with dangerous pimps and drug lords, gets his face permanently rearranged, and, then, at the lowest point in his adult life, Darby Holland meets the woman of his dreams. Long, lanky, smart, and a foot taller than Darby, Suzanne is a woman of enormous appetite. Darby has finally met his match in bed and at the dinner table. But Suzanne, for all her strength and wisdom, can’t save Darby from his enemies.

Fortunately, Delia (Darby’s tiny vinyl clad side-kick) and her punk-rock boyfriend’s band can, and in one of the most outrageous capers in crime fiction, Darby, Big Mike, Nigel, and Flaco (Lucky Supreme faithfuls) impersonate restaurant staff to brilliantly orchestrate a kidnapping of a Russian crime boss, making full use of an Armenian smuggling operation to pave the way for justice and the resurrection of the Lucky Supreme.

Jeff Johnson burst onto the literary scene in 2009 with his critically lauded memoir Tattoo Machine: Tall Tales, True Stories, and My Life in Ink filled with stories from his thirty-year career as a tattoo artist in the Pacific Northwest. Johnson is now a full-time writer, artist, and film maker. He is the author of a modern twist on a werewolf tale, Everything under the Moon; the Darby Holland crime series novels, Lucky Supreme and A Long Crazy Burn; the Philadelphia noir Deadbomb Bingo Ray, and the offbeat Knottspeed, A Love Story.