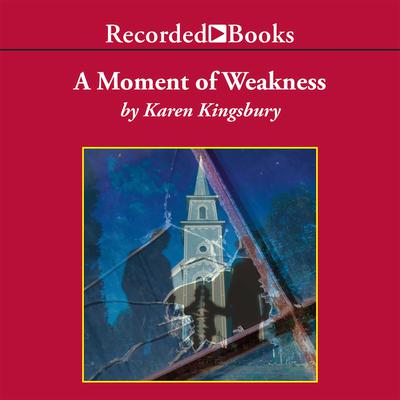 A Moment of Weakness

Karen Kingsbury's dozens of inspirational novels, with over two million copies in print, have touched hearts and souls across the country. A Moment of Weakness continues the saga of romance and faith begun in Waiting for Morning (K1135). After nearly a decade of separation, soulmates Jade Conner and Tanner Eastman are together once again-in the most perilous of circumstances.

Karen Kingsbury is a New York Times and USA Today bestselling author of more than fifty inspirational novels. She has written many successful series and standalone books, including the 9/11 series, Oceans Apart, Between Sundays, the Women of Faith series, and a number of children’s books. Her book Like Dandelion Dust was made into an award-winning movie in 2009, receiving awards from the Las Vegas International Film Festival, the San Diego Film Festival, New York VisionFest, and others. Dubbed by Time magazine as the “Queen of Christian Fiction,” she has been a featured guest on the Today show and appeared in many publications, including USA Today. As well as being an author, she is also a songwriter; in 2009, she cowrote the song “Walls” with Richie McDonald and has written a song for Marie Osmond called “Tell Me to Breathe.”