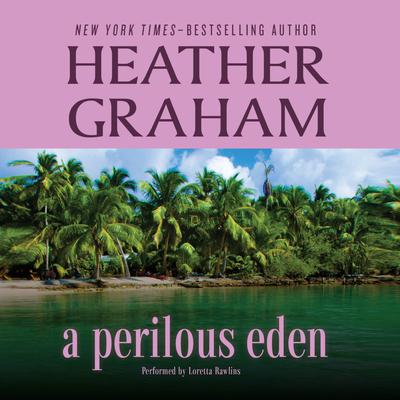 Politics and passion collide on a Caribbean pleasure cruise when a woman is kidnapped—and rescued by the most dangerous man she knows.

In the wrong place at the wrong time. Amber Larkspur is on a cruise ship headed to the Caribbean when she witnesses an abduction. The target is a powerful Washington senator who is a friend of her father’s and a member of the president’s inner circle. Then Amber is abducted too. Terrified that she’s going to die, she is shocked to be rescued by the seductive stranger who shared her bed a year ago. But Michael Adams hasn’t come to save her.

Haunted by the explosion that killed his wife and daughter, Adam Tchartoff lives for the day he can carry out his retribution. To the world he’s a heartless assassin. As Michael Adams, he can infiltrate the most impenetrable terrorist cells. Now a covert government mission has thrust Amber into harm’s way. The only way to protect her is to keep up the pretense. But will his hunger for revenge cost him the woman whose passion has brought him back to life?

Heather Graham, New York Times and USA Today bestselling author, has written over two hundred novels and novellas in numerous genres and has been published in approximately twenty-five languages. She has been honored with awards from booksellers and writers’ organizations for excellence in her work, is a proud recipient of the Silver Bullet from Thriller Writers, and was awarded the prestigious Thriller Master in 2016. She is also a recipient of the Lifetime Achievement Award from the Romance Writers of America. Heather’s books have been featured in such publications as The Nation, Redbook, Mystery Book Club, People, and USA Today and appeared on many newscasts including Today, Entertainment Tonight, and local television. Married since high school graduation and the mother of five, her greatest love in life remains her family, but she is grateful every day to be doing something that she loves so very much for a living.