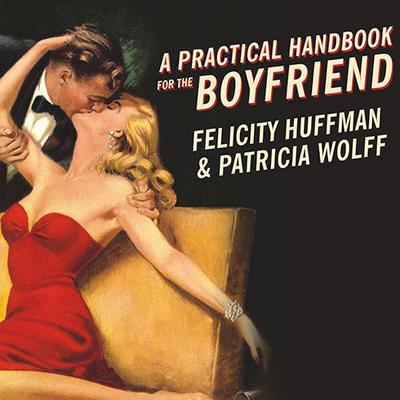 By Felicity Huffman and Patricia Wolff
Read by Shelly Frasier

Most dating books are written for women—what a mistake that is. Women know how to date. . .it's men who need the help! At last: a blithe, bold, and bawdy guide to building a better boyfriend. At some point, every guy—player, geek, mama's boy, "regular Joe"—meets a woman who makes him want to be a boyfriend. A good boyfriend. Problem is, unless he's had some first-rate training (by a previous girlfriend, a sister, a mom), he probably doesn't even know what that means. Felicity Huffman and Patricia Wolff come to the rescue with a rollicking and whip-smart handbook to navigating the minefield of male-female relationships. Directed at men (though, of course, it's women who'll buy it, then leave it at their boyfriends' places—accidentally on purpose), A Practical Handbook for the Boyfriend lays out the manly steps involved in becoming a good boyfriend while still maintaining guy-dignity. It covers issue like: -Who decides when you become a boyfriend? (Answer: She does) -How to look like you're listening, even when you're not (If you're busted, just say "You're so pretty, I'm distracted") -Ten things never to say on the first date (#4: "I just did that to freak you out") -Finding the middle ground between too cool (think third grade) and too eager (think surprise visits) -Why becoming a good boyfriend is a lot like training for the A-Team. Filled with humor, ribaldry, common sense, and assorted outdoor skills, A Practical Handbook for the Boyfriend is the next dating guide to dominate the bestseller lists.

Felicity Huffman won an Emmy in 2005 for her performance on Desperate Housewives, and a Golden Globe in 2006 for her lead role in the film Transamerica. She lives in Los Angeles with her husband, actor/director William H. Macy, and their children.