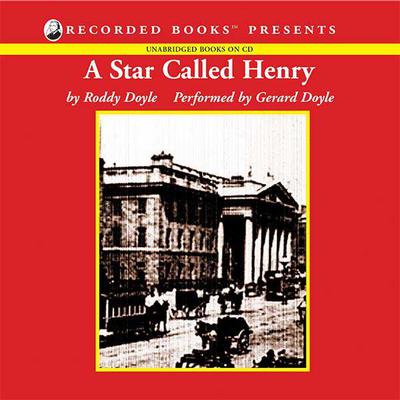 Roddy Doyle is a best-selling author, screenwriter, and winner of the Booker Prize. In his novels, including The Woman Who Walked Into Doors, Doyle creates unforgettable characters who meet life head on, grappling with it on their own terms. A Star Called Henry follows the first 20 years in the life of Henry Smart. Born in the Dublin slums in 1901, he survives by grabbing what he needs-bread, love, weapons-whenever he can get them. By the time he is 14, he is a soldier in the Irish Rebellion. Driven by an unquenchable thirst for life, he embodies the raw energy of his country. Henry's path crosses Collins, Connolly, and other people whose names form a history of modern Ireland. But the star of this world is Henry himself. Narrator Gerard Doyle, a native Irishman, voices the Dublin accents, Gaelic phrases, and the lilt of Doyle's lines to create a man and an Ireland you will not soon forget.

Roddy Doyle is an Irish novelist, dramatist, and screenwriter. He is a recipient of the Irish PEN Award for Literature, and his novel Paddy Clarke Ha-Ha won the Man Booker Prize in 1993. Several of his books have been made into successful films, beginning with The Commitments in 1991.