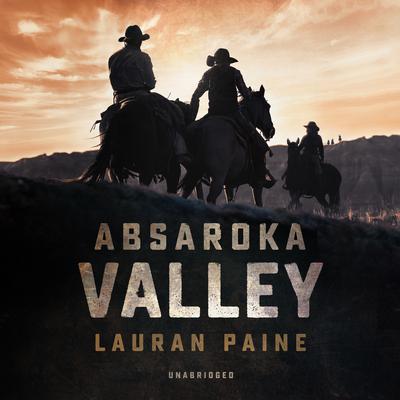 Samuel Patton lost his wife to lung fever two years ago. Now, suffering from lung fever himself and closer to eternity every day, he is traveling south through the mountains with his small son and daughter, hoping somewhere in this savage land he can find a good home for them before time runs out. When the two kids find an unconscious man, the three tend to his wounds, care for his horse, and load him into their wagon. Samuel finds a cache of money in the saddlebags of the man the children have named Mr. Black, and he is certain they have taken an outlaw under wing. When the man comes round, he tells them his name is Jess and he can guide them through the thoroughfare pass and on to the town of Hereford in Absaroka Valley, a cowman’s paradise in the mighty mountain range, where he was born. Against his better judgment, Samuel agrees. Only a stone’s throw from Hereford, Samuel is too exhausted to push on and so they make one last camp. It is a decision that nearly kills his daughter when a stampede runs through their camp that night. The Pattons find themselves taking refuge in the midst of the valley where ranchers have declared war on encroaching squatters.