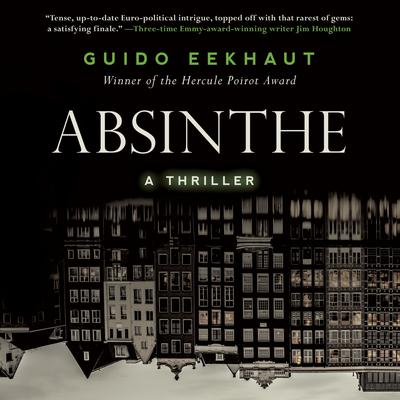 Winner of a Hercule Poirot Award, a fast-paced international crime thriller about Russian infiltration in the financial world.

Walter Eekhaut, a veteran of the Belgian police force who has a problem with authority, is dispatched to Amsterdam to aid the Dutch security service in investigating the activities of a well-connected Russian oligarch, with ties to Putin. Some of the Russian's business is legitimate, but some may well not be. In Amsterdam, Eekhaut is seconded to Chief Superintendent Alexandra Dewaal and her team, and begins to learn about the city's shady underside.

He is at once pulled into another case, the murder of a young leftist dissident, alleged to have stolen a sensitive list from the Amsterdam offices of a right-ring political party—a list with the names of secret donors. The hunt for the killer leads to a knot of black money interests and illegal dealings that pit the Russian mob and Dutch politicians and business leaders against the police and anyone else who tries to get in their way.

Absinthe is the gripping first installment in the bestselling Amsterdam trilogy featuring Eekhaut and Dewaal and, for North American readers, a new voice in European noir.