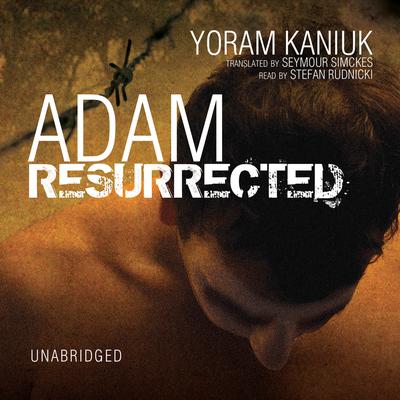 The crowning achievement of one of Israel's literary masters, Adam Resurrected remains one of the most powerful works of Holocaust fiction ever written.

A former circus clown who was spared the gas chamber so that he might entertain thousands of other Jews as they marched to their deaths, Adam is now the ringleader at an asylum populated solely by Holocaust survivors. Alternately more brilliant than the doctors and more insane than any of the patients, Adam struggles wildly to make sense of a world in which the line between sanity and madness has been irreversibly blurred.

With the biting irony of Catch-22, the intellectual vigor of Saul Bellow, and the pathos and humanity that are Kaniuk's hallmarks, Adam Resurrected offers a vision of a modern hell that devastates even as it inches toward redemption.

“Whether it is due to the originality of his broken style, or the sensitivity of his characters…or his implacable lucidity, Kaniuk must be considered one of the great writers of our time.” —Le Monde
“Stefan Rudnicki’s narration seems more like a poem than a novel…It’s as if he alone were born to read these words…it’s hard to imagine any subtlety lost in translation…[listeners] won’t want to miss a word and more than likely will listen more than once.” —AudioFile

Yoram Kaniuk was born in Tel Aviv in 1930 and took part in Israel’s War of Independence in 1948. A painter, journalist, and theater critic, he is best known as a novelist. His books have been translated to great acclaim into more than twenty languages and have earned him the Bialik Prize, the French Prix de Droits de l’Homme, and the Israeli President’s Prize.