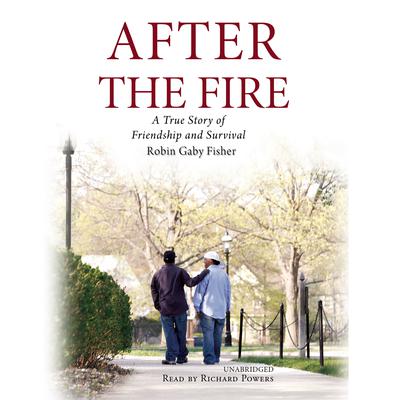 After the Fire: A True Story of Friendship and Survival

On January 19, 2000, a fire raged through the freshman dormitory at Seton Hall University in South Orange, New Jersey, killing three students and injuring fifty-eight others. Among the victims were Shawn Simons and Alvaro Llanos, roommates from poor neighborhoods who made their families proud by getting into college. They managed to escape the fire, but both were burned terribly.

After the Fire is the story of these young men and their fight to recover from the worst injuries the Saint Barnabas Hospital burn unit had ever seen. It is the story of the extraordinary doctors and nurses who work with the burned, of the mothers and fathers, of faith and family, of the women who came to love these men, and of the invisible ties that bind us to one another.

“Unimaginably moving—readers will want to keep a box of tissues at hand—and deeply compassionate.” —People
“Fisher conveys a deep respect and compassion for all involved…She succeeds in making what might have been yesterday’s news into today’s inspiration.” —Publishers Weekly (starred review)
“A riveting and intimate read. That these two men survived is almost a miracle. That Fisher was there to document it is our good fortune.” —Minneapolis Star Tribune
“Keep some Kleenex handy.” —Rocky Mountain News

Robin Gaby Fisher is the New York Times bestselling author of several nonfiction books and a two-time finalist for the Pulitzer Prize in Feature Writing.