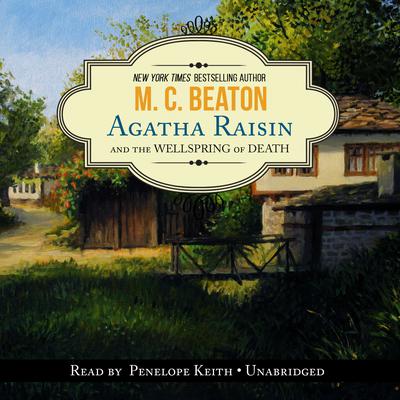 Agatha Raisin and the Wellspring of Death

Agatha Raisin's neighboring village of Ancombe is usually the epitome of quiet rural charm, but the arrival of a new mineral-water company—which intends to tap into the village spring—sends tempers flaring and divides the parish council into two stubborn camps. When Agatha, who happens to be the PR person for the water company, finds the council chairman murdered at the spring, tongues start wagging. Could one of the council members have silenced the chairman before he could cast the deciding vote? It is up to Agatha, still nursing a bruised heart from her broken engagement, to investigate the councilors, solve the crime—and promote the water company in the face of all this scandal.