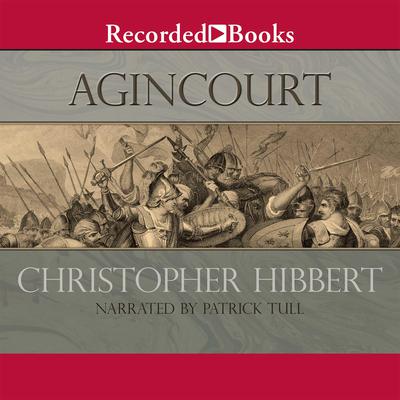 What drew a young king and his men onto the hostile plains of Picardy to meet a force four times larger than their own? Was it luck or superb generalship that carried them through? And why does this battle, above all others, stand out like a flare against the inky darkness of the history of war? Find out in this masterful retelling of an unforgettable 15th-century battle.

Christopher Hibbert (born Arthur Raymond Hibbert) MC (5 March 1924 – 21 December 2008), was an English writer, historian and biographer. He has been called “a pearl of biographers” (New Statesman) and “probably the most widely-read popular historian of our time and undoubtedly one of the most prolific” (The Times).

Hibbert was a Fellow of the Royal Society of Literature and the author of many books, including The Story of England, Disraeli, Edward VII, George IV, The Rise and Fall of the House of Medici, and Cavaliers and Roundheads.