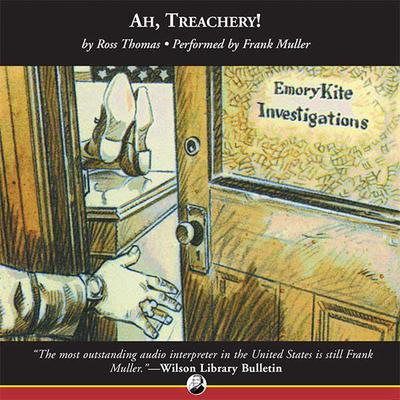 Since he first received the Edgar Allan Poe Award in 1966, author Ross Thomas has written a steady stream of best-sellers, including his popular WuDu, Ltd. mystery series. An artisan of the sophisticated novel of high-level crime, Thomas blends masterful storytelling, inventive plotting and quirky-but-recognizable characters to create a wryly entertaining brand crime novel. Cashiered army major Edd "Twodees" Partain has been hired by a political rainmaker, Millicent Altford, to help retrieve the $1.2 million missing from her secret stash. Soon he finds himself hip-deep in former friends and enemies-with no way of telling which is deadlier.

Joe Gores, formerly a private eye, is the author of sixteen other novels, including Hammett, which won Japan’s Falcon Award. He has received three Edgar Awards—one of only two authors to win in three separate categories: Best First Novel, Best Short Story, and Best Episode in a TV Series.

Ross Thomas (1926–1995) was an American writer of crime fiction and is best known for his witty political thrillers. He won two Edgar Awards and was posthumously honored with the inaugural Gumshoe Lifetime Achievement Award.