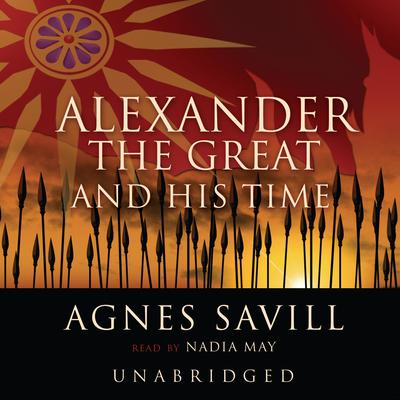 Alexander the Great and His Time

By Agnes Savill
Read by Nadia May

Alexander the Great, the king of Macedonia, was trained by Aristotle in every branch of human learning, conquered much of Asia, and was one of the greatest leaders in the history of the world. Conqueror of the Persian Empire, this military genius greatly influenced the spread of Hellenism and is responsible for profound changes in the course of world development. His actions and achievements would go on to inspire later conquerors such as Hannibal the Carthaginian and Napoleon. Agnes Savill’s illuminating biography transports listeners back to the era of this historical giant.

“To be mystical and intensely practical, to dream greatly and to do greatly, is not given to many men,” says Agnes Savill; “it is this combination which gives Alexander his place apart in history. Aristotle had taught him that man’s highest good lay in right activity of mind and body both. [Alexander] gives a strangely vivid impression of one whose body was his servant.”

“Savill’s Alexander bridges both time and distance, fires the imagination, and transports the reader to Asia Minor circa 340 BC…Blackstone’s production is top quality…[It is] read with intelligence and empathy for the listener not attuned to the prose style of Pericles or Demosthenes…both Savill and this production make a pleasure of audio history.” —AudioFile