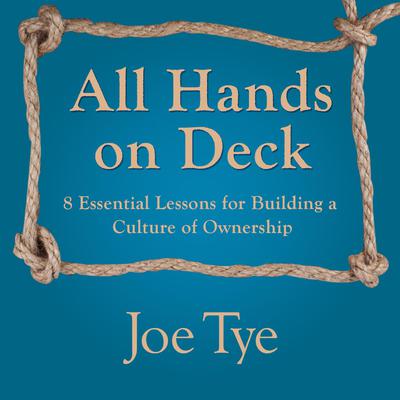 All Hands on Deck: 8 Essential Lessons for Building a Culture of Ownership

When Corey Whitaker climbed into a limo on his way to the airport, he had no idea that he would be meeting and learning from some of the greatest titans of business history the people who founded companies that were built to last. All Hands on Deck is simultaneously a business strategy book about creating competitive advantage through corporate culture, and a personal development book that will help readers become the type of worker that companies fight to recruit and retain. Drawing upon the wisdom of some of the greatest and most beloved business leaders of the 20th century, All Hands on Deck will create a virtual roadmap for building a culture of ownership so that workers are inspired to think and act like partners in the enterprise, and not just hired hands. Seamlessly woven throughout the story is the real-world wisdom of some of the most successful and beloved business leaders of the 20th century, including Walt Disney, Ray Kroc, Mary Kay Ash, Bill Hewlett and Dave Packard.