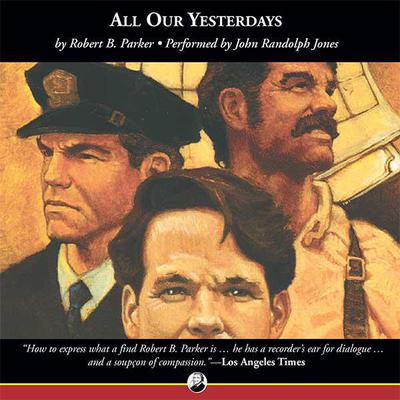 By Robert B. Parker
Read by John Randolph Jones

From best-selling author Robert B. Parker comes a magnificent saga that is both a breathtaking ride through a colorful New England city and a gritty journey into the violent obsessions of men's hearts. When a reckless IRA soldier, Conn Sheridan, initiates a forbidden affair with Hadley Winslow, the young wife of a Boston tycoon, their relationship spins a dangerous web of sexual blackmail and brutal treachery that binds their families for three generations.

Robert B. Parker (1932–2010), long acknowledged as the dean of American crime fiction, was the New York Times bestselling author of the Spenser mysteries, as well as the Jesse Stone novels. He was named Grand Master at the 2002 Edgar Awards by the Mystery Writers of America, an honor shared with earlier masters such as Alfred Hitchcock and Ellery Queen. He has more than fifty books to his credit.