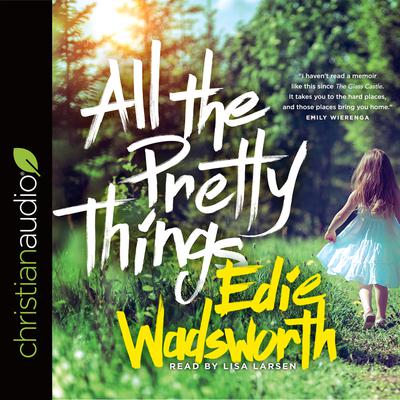 All the Pretty Things: The Story of a Southern Girl Who Went through Fire to Find Her Way Home

"I don't know how old I was the night the trailer burned down, or if the rumor was true that Daddy was the one who set it on fire." For a long time, Edie thought she had escaped. It started in an Appalachian trailer park, where a young girl dreamed of becoming a doctor. But every day, Edie woke up to her reality:a poverty-stricken world full of alcohol and violence, where getting out seemed impossible. She taught herself to drive a stick shift truck at twelve years oldso she could get her drunk daddy home from the bar. She spent Saturdays at Brushy Mountain prison visiting her incarcerated cousin. She watched adults eat while her stomach gnawed and then there was torching of the family trailer, where she dug through the ashes to try to salvage her most prized possession--her Tammy Wynette album. And at the center of it all was her charismatic daddy. She never knew when he would show up but when he did he was usually drunk; she learned the hard way that she couldn't count on him to protect her. So she told herself it didn't matter. All she wanted was to make him proud. Against all odds, Edie "made doctor," achieving everything that had once seemed beyond her reach. Only, it was too late, because her Daddy died a year before she graduated medical school. She split the cost of his funeral with her sister. When her past finally caught up with her, it was all too much so she did what her Daddy would have done--she set it all on fire. It would take her whole life burning down once again for Edie to be finally able to face the truth about herself, her family, and her relationship with God. Readers of The Glass Castle will treasure this refreshing and raw redemption story, a memoir for anyone who has ever hungered for home, forgiveness, and the safe embrace of a father's love.