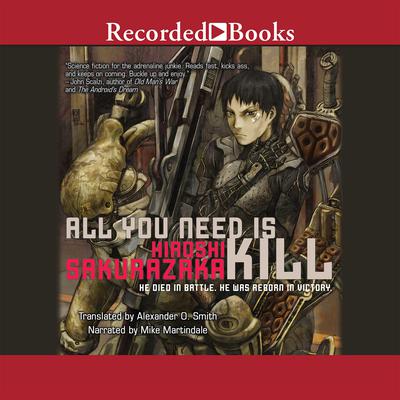 All You Need is Kill

L to R (Western Style). There's one thing worse than dying. It's coming back to do it again and again. When the alien Gitai invade, Keiji Kiriya is just one of many raw recruits shoved into a suit of battle armor and sent out to kill. Keiji dies on the battlefield, only to find himself reborn each morning to fight and die again and again. On the 158th iteration though, he sees something different, something out of place: the female soldier known as the Bitch of War. Is the Bitch the key to Keiji's escape, or to his final death?

Hiroshi Sakurazaka was born in 1970. After a career in information technology, he published his first novel, Wizards’ Web, in 2003. His 2004 short story, “Saitama Chainsaw Massacre,” won the sixteenth SF Magazine Reader’s Award. His other novels include Slum Online and Characters.