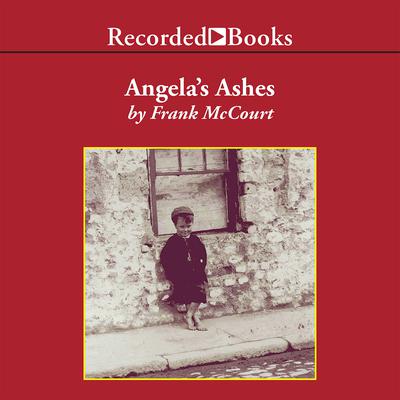 In his best-selling memoir, filled with poverty and humor, suffering and grace, Frank McCourt traces his childhood in Limerick. Winner of the Pulitzer Prize and nominated for the PEN/Faulkner award, Angela's Ashes is an unflinching vision of life on the dole in Ireland. It is also a powerful testament to the resilience of the human spirit. Frank McCourt's early years are a nightmare. His father is a drunk; his mother is often pregnant; social services provide too little, too late. But despite this deprivation, McCourt grows up with a passionate love of storytelling and an unerring eye for detail. He survives the squalor, cruelty, and insensitivity surrounding him by seasoning his memories with strains of music and compassion. McCourt now lives in New York, where he has been a teacher and actor. With Angela's Ashes he makes his debut behind the Recorded Books' microphone. After narrating this unabridged recording of his text in our studio, McCourt claims that it was an almost "mystical experience."

Frank McCourt (1930–2009) was born in Brooklyn, New York, grew up in Limerick, Ireland, and returned to America in 1949. He taught in New York City high schools for thirty years. His first book, Angela’s Ashes, won the Pulitzer Prize, the National Book Critics Circle Award, and the Los Angeles Times Book Award. He won the prestigious Ellis Island Family Heritage Award and the John Dewey Award for Excellence in Education in 2006.