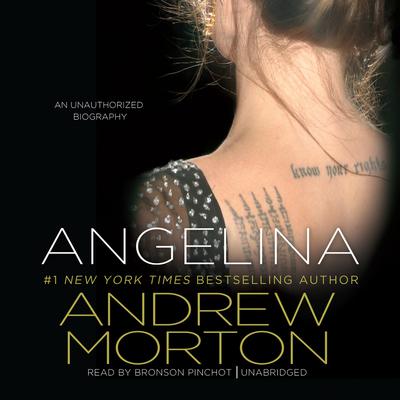 “Why do women dream of having the life of Angelina Jolie? Because the actress is the embodiment of having it all.”—Harper’s Bazaar

Despite all the headlines, what do we know about the real Angelina Jolie? Award-winning biographer Andrew Morton, whose books forever changed the world’s perception of Princess Diana and Tom Cruise, finally brings us the inside story of the smiling, glamorous woman whom Forbes named the most powerful celebrity in the world. The daughter of actor Jon Voight, Angelina appeared in her first movie at the age of seven, then worked as a model and appeared in music videos as a teenager. She won an Oscar for Girl, Interrupted, shared a shocking kiss with her brother at the awards ceremony, and wore a vial of her second husband Billy Bob Thornton’s blood around her neck. Of late, however, the wild child with a heart and mind of her own, and the tattoos to show for it, has transformed herself into a UN Goodwill Ambassador and world-renowned humanitarian, with the equally glamorous Brad Pitt by her side.

Once again, Andrew Morton digs deep to find the true story. With astonishing never-before-seen photos and never-before-heard revelations, he paints a mesmerizing portrait of the secret history and private life of a gorgeous, exotic, and mysterious icon.

“Unauthorized but seemingly well researched, it covers all the bases of her life to date…Morton’s narrative is peppered with quotes from friends and other unnamed sources as well as ‘experts’ who delve into Jolie’s psychological makeup. Actor/Audie Award winner Bronson Pinchot’s narration is smooth, low-key, and nicely paced. This will be a popular choice for biography collections.” —Library Journal

Andrew Morton is one of the world’s best-known biographers and a leading authority on modern celebrity. His groundbreaking 1992 biography Diana: Her True Story became a New York Times bestseller, as did Monica’s Story, 17 Carnations, and Angelina. He is the winner of numerous awards, including Author of the Year by the British Book Awards and Scoop of the Year by the London Press Club. He lives in London and travels extensively in the United States, Canada, and Europe in his research for the biographies.