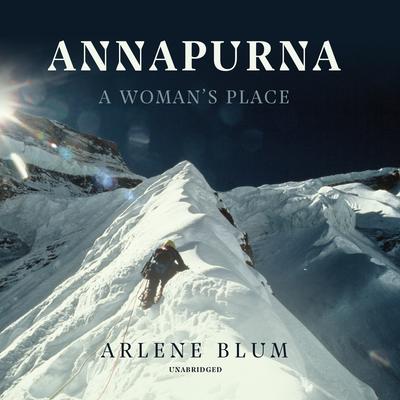 In August 1978, thirteen women left San Francisco for the Nepal Himalayas to make history as the first Americans—and the first women—to scale the treacherous slopes of Annapurna I, the world’s tenth highest peak. Expedition leader Arlene Blum here tells their dramatic story: the logistical problems, storms, and hazardous ice climbing; the conflicts and reconciliations within the team; the terror of avalanches that threatened to sweep away camps and climbers.

On October fifteenth, two women and two Sherpas at last stood on the summit—but the celebration was cut short, for two days later, the two women of the second summit team fell to their deaths.

Never before has such an account of mountaineering triumph and tragedy been told from a woman’s point of view. By proving that women had the skill, strength, and courage necessary to make this difficult and dangerous climb, the 1978 Women’s Himalayan Expedition’s accomplishment had a positive impact around the world, changing perceptions about women’s abilities in sports and other arenas. And Annapurna: A Woman’s Place has become an acknowledged classic in the annals of women’s achievements—a story of challenge and commitment told with passion, humor, and unflinching honesty.

“This is a book about working together under extraordinary conditions where the temperature in your tent can drop to ten degrees below zero and a tiny hole in a glove can mean the possible loss of a finger. It is about making decisions while an avalanche rushes by you with a wind that knocks you over. It is about risking death knowing that you have a daughter, a partner at home…The compelling story of thirteen very different women…each determined to get women to the top of a mountain.” —Erica Bauermeister, reviewed in 500 Great Books by Women

Arlene Blum, PhD, biophysical chemist, author, and mountaineer, is the executive director of the Green Science Policy Institute and a chemist at UC Berkeley. Her scientific and policy work has prevented the use of flame retardants and fluorinated chemicals in consumer products worldwide. She co-led the first women’s team to climb Denali; completed the Great Himalayan Traverse across the mountain regions of Bhutan, Nepal, and India; and hiked the length of the European Alps with her baby daughter on her back.