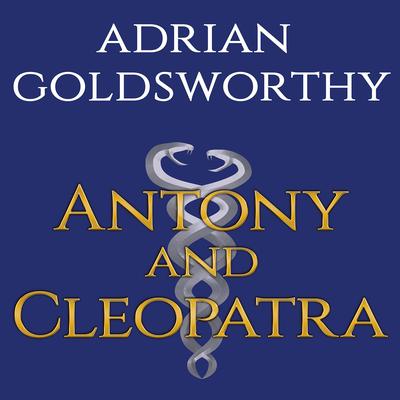 In this remarkable dual biography of the two great lovers of the ancient world, Adrian Goldsworthy goes beyond myth and romance to create a nuanced and historically acute portrayal of his subjects, set against the political backdrop of their time. A history of lives lived intensely at a time when the world was changing profoundly, this book takes listeners on a journey that crosses cultures and boundaries, from ancient Greece and ancient Egypt to the Roman Empire. Drawing on his prodigious knowledge of the ancient world and his keen sense of the period's military and political history, Goldsworthy creates a singular portrait of the iconic lovers. "Antony and Cleopatra were first and foremost political animals," explains Goldsworthy, who places politics and ideology at the heart of their storied romance. Undertaking a close analysis of ancient sources and archaeological evidence, Goldsworthy bridges the gaps of current scholarship and dispels misconceptions that have entered the popular consciousness. He explains why Cleopatra was consistently portrayed by Hollywood as an Egyptian, even though she was really Greek, and argues that Antony had far less military experience than anyone would suspect from reading Shakespeare and other literature. In addition, Goldsworthy makes an important case for understanding Antony as a powerful Roman senator and political force in his own right.

Unlike many competing authors, Goldsworthy never disguises the scanty evidence for many historical events. —Publishers Weekly Starred Review
“Goldsworthy’s strengths as a military historian are on full display.” —Times Literary Supplement
“Outstanding: filled with fascinating details of personality, power, sex, and death. This is the best book I’ve read on Antony and Cleopatra—gripping and flamboyant yet scholarly and magesterial.” —Simon Sebag Montefiore, Los Angeles Times Bookprize–winning author of Young Stalin
“Readers who recognize Goldsworthy as Britain’s most prolific and perhaps finest popular historian of Roman times will find him once again at his best.” —Publishers Weekly (starred review)

Adrian Goldsworthy has a doctorate in ancient history from Oxford University. His first book, The Roman Army at War, was recognized by Sir John Keegan as an exceptionally impressive work, original in treatment and impressive in style. He has gone on to write several other books, which have sold more than a quarter of a million copies and been translated into more than a dozen languages. A full-time author, he regularly contributes to TV documentaries on Roman themes.