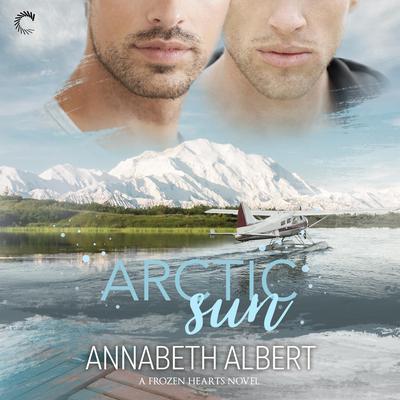 He’s built a quiet life for himself in Alaska. But it doesn’t stand a chance against the unrelenting pull of a man who’s everything he shouldn’t want.

Ex-military mountain man Griffin Barrett likes his solitude. It keeps him from falling back into old habits. Bad habits. He’s fought too hard for his sobriety to lose control now. However, his gig as a wildlife guide presents a new kind of temptation in superhot supermodel River Vale. Nothing the Alaskan wilderness has to offer has ever called to Griffin so badly. And that can only lead to trouble …

River has his own methods for coping. Chasing adventure means always moving forward. Nobody’s ever made him want to stand still—until Griffin. The rugged bush pilot is the very best kind of distraction, but the emotions he stirs up in River feel anything but casual, and he’s in no position to stay put.

With temptation lurking in close quarters, keeping even a shred of distance is a challenge neither’s willing to meet. And the closer Griffin gets to River, the easier it is to ignore every last reason he should run.

“Albert’s obvious affection for her characters…makes this tale a pleasure.” —Publishers Weekly on Better Not Pout
“Albert features some truly tender kisses and romantic moments, but also plays up River’s self-destructive tendencies and triggers. What makes Albert’s book resonate is the lovers’ realization they can be imperfect together.” —Publishers Weekly

Annabeth Albert is a romance writer and author of nine series and five stand-alone novels. Emotionally complex, sexy, and funny stories are her favorites both to read and to write. She loves finding happy endings for a variety of pairings and is a passionate gay-rights supporter.