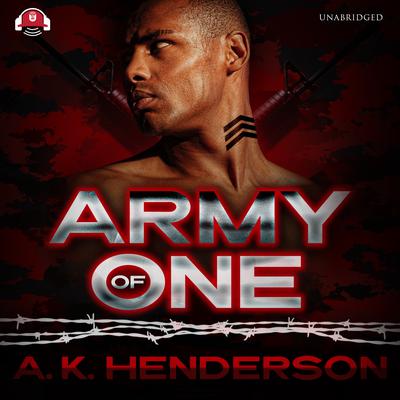 By A. K. Henderson
Read by Ellis Park

A young military couple from Indiana is separated by a deployment and haunted by secrets. Shamar Jackson, a sergeant in the US Army, struggles to maintain a long distance relationship, while his wife, Jelisa, fights to escape the past she never told him about. Lies and deceit stand to ruin this young couple’s family, but will the truth make things better or worse?

Still tied to the streets, Shamar is determined to keep his family intact by any means necessary. After returning home from war, he is now faced with the fact that the battlefield has been at home the whole time. He is forced to become an army of one.

A. K. Henderson is a budding young writer with a vision to help more minorities see themselves in the pages of creative and innovative books. Born and raised in Michigan City, Indiana, he is motivated by the desire to help paint a more positive portrayal of Black men in literature.