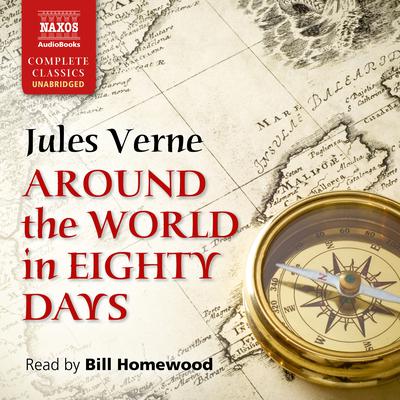 Around the World in Eighty Days

Undoubtedly one of the most celebrated tales of all time, this is both a high-octane thriller and fascinating travelogue. Phileas Fogg, intrepid Victorian gentleman-about-town, accepts a wager that he cannot travel around the world in eighty days. Naturally, he immediately sets off, accompanied by his French manservant Passepartout. They are pursued by a police officer, Detective Fix, who is foolishly convinced that Fogg is a bank robber. Much hilarity ensues. On the way, Fogg bravely rescues Aouda, a beautiful Indian princess, from a ceremony of ritual sacrifice. Unexpectedly, our thriller becomes a love story.