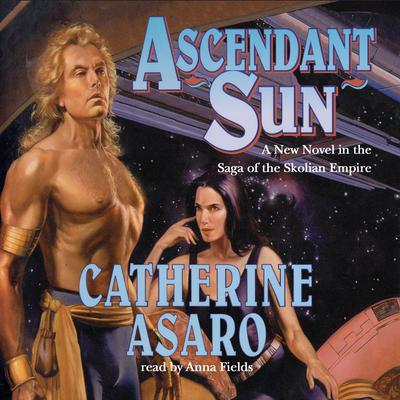 The Saga of the Skolian Empire Series: Book 5

Ascendant Sun is the direct sequel to The Last Hawk, in which Kelric, heir to the Skolian Empire, crash landed his fighter on the Restricted planet of Coba and was imprisoned by the powerful mistresses of the great estates. After eighteen years of living in their gilded cage, Kelric finally made his escape.

Kelric returns to Skolian space, only to find the Empire in control of the Allied forces of Earth, thanks to the upheaval of the Radiance War. With little more than the clothes on his back and with his family imprisoned by the Allieds, Kelric is forced to take work on a merchant vessel. But when that vessel enters Euban space, Kelric finds his worst nightmare realized: he is auctioned as a slave "provider" to the cruel Aristos, who subject slaves to torture and sex as the ultimate aphrodesiac.

“Series veterans will find this to be yet another fast-paced and pleasing entry in the Saga of the Skolian Empire.” —Publishers Weekly
“Harvard-trained physicist Asaro continues to astound by straddling the SF and romance genres so adroitly, alternating between chin-rubbing speculations on quantum theory and blushingly steamy sex scenes.” —Amazon.com, editorial review
“Anna Fields creates clear pictures of a variety of characters with a range of motives, including ‘bionic’ humans and computers whose artificial intelligence gives them more personality than some of the people. Once again, Fields brings her formidable narration skills to a story of adventure and political intrigue.” —AudioFile