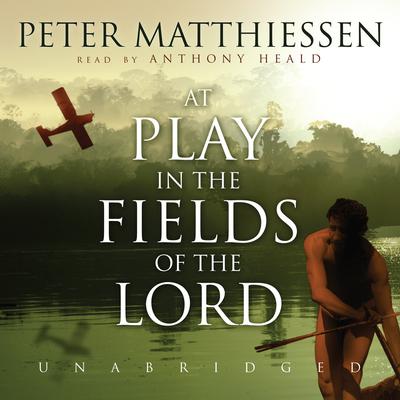 At Play in the Fields of the Lord

In a malarial outpost in the South American rain forest, two misplaced gringos converge and clash. Martin Quarrier has come to convert the fearful and elusive Niaruna Indians to his brand of Christianity. Lewis Moon, a stateless mercenary who is himself part Indian, has come to kill them on behalf of the local commandante. Out of their struggle, Peter Matthiessen has created an electrifying moral thriller, a novel of Conradian richness that explores both the varieties of spiritual experience and the politics of cultural genocide.

“Has nearly everything--a powerful plot, a rich variety of characters, a perceptive, deeply felt view of man’s yearnings and his essential ironic tragedy and a prose style that is vivid, sensuous and disciplined by his intelligence.” —New York Times
“Inventive and extremely well-written…incredibly moving and disturbing…a remarkable performance.” —San Francisco Chronicle
“Matthiessen has produced, in expertly crafted and sometimes deeply affecting prose, an entertainment full of glittering color, nose-to-nose conflict, and heroic gestures.” —Washington Post Book World
“Anthony Heald delivers all the zest and passion in Matthiessen’s well-known novel about the hypocrisy, condescension, and self-delusion in the white man’s efforts to “civilize” the indigenous peoples of the South American jungle. Heald’s characterizations are as lively and vivid as they are varied. From South American despots to American mercenaries to self-righteous missionaries, Heald’s characters are fully realized, full of complexity and contradiction. Even if the characters are not remotely sympathetic, in Heald’s narration they’re always recognizable. And though the novel is unmistakably tragic, Heald also renders the comedy uproariously. His rendition of Wolfie—the American Jewish soldier of fortune who is a force of nature—is a marvel.” —AudioFile

Peter Matthiessen (1927–2014) was the author of more than thirty books, including the New York Times bestseller The Snow Leopard. He was elected to the American Academy of Arts and Letters in 1974. He was cofounder of the Paris Review and won two National Book Awards, the 2000 Heinz Award in the Arts and Humanities, and the 2010 Spiros Vergos Prize for Freedom of Expression.