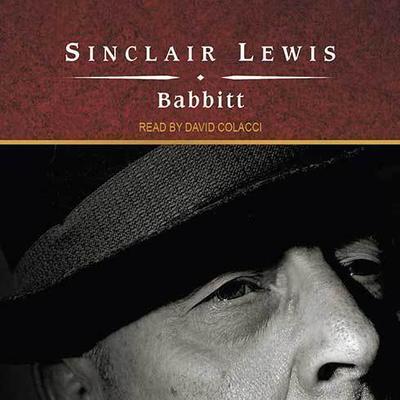 In this sardonic portrait of the up-and-coming middle class during the prosperous 1920s, Sinclair Lewis perfectly captures the sound, the feel, and the attitudes of the generation that created the cult of consumerism. With a sharp eye for detail and keen powers of observation, Lewis tracks successful realtor George Babbitt's daily struggles to rise to the top of his profession while maintaining his reputation as an upstanding family man. On the surface, Babbitt appears to be the quintessential middle-class embodiment of conservative values and enthusiasm for the well-to-do lifestyle of the small entrepreneur. But beneath the complacent façade, he also experiences a rising, nameless discontent. These feelings eventually lead Babbitt into risky escapades that threaten his family and his standing in the community. Though published eighty years ago, this acerbic depiction of majority Americans, obsessed with success, material comfort, and midlife doubt, still rings true.

[It is] by its hardness, its efficiency, its compactness that Mr. Lewis's work excels. —Virginia Woolf

Harry Sinclair Lewis (1885–1951), the son of a country doctor, was born in Sauk Centre, Minnesota. He attended Yale University, where he was editor of the literary magazine, and graduated in 1907. After a few of his stories had appeared in magazines and his first novel, Our Mr. Wrenn (1914), had been published, he was able to write full time. He was awarded the 1926 Pulitzer Prize for Arrowsmith (1925) but refused to accept the honor. However, he accepted the Nobel Prize awarded him in 1930. He was the first American to win the Nobel Prize for Literature.