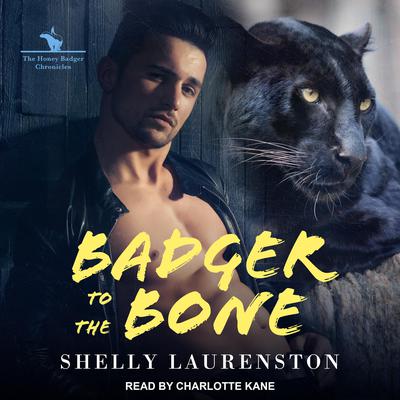 Badger to the Bone

She's the woman he's been hired to kidnap. But ZeZé Vargas has other ideas . . . like getting them both out of this nightmare alive. Just one problem. She's crazy. Certifiably. Because while he's plotting their escape, the petite Asian beauty is plotting something much more deadly . . .

Max "Kill It Again" MacKilligan has no idea what one of her own is doing with all these criminal humans until she realizes that Zé has no idea who or what he is. Or exactly how much power he truly has.

But Max is more than happy to bring this handsome jaguar shifter into her world and show him everything he's been missing out on. A move that might be the dumbest thing she's ever done once she realizes how far her enemies will go to wipe her out. Too bad for them Zé is willing to do whatever it takes to keep her alive . . . and honey badgers are just so damn hard to kill!

The narrator is great too as she can handle this craziness. I do like Kane and she doe the series justice. —Books for Life

Shelly Laurenston is the New York Times and USA Today bestselling author of many paranormal romance titles, including the Pride series, Hunting Season, and the Magnus Pack series. As G. A. Aiken, she has also penned the Dragon Kin series. Originally from Long Island, Shelly now lives on the West Coast.