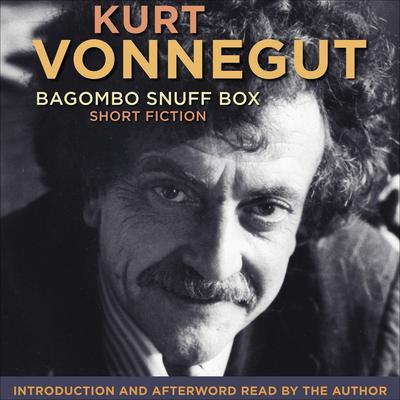 This is vintage Vonnegut: short stories never-before collected or published in book form. They are from the era of the Golden Age of magazines: a pre-television time when publications such as The Saturday Evening Post, Collier's, Argosy, and others reigned supreme as Americans' entertainment choice. Before that Golden Age drew to a close half a century ago, a young PR man at General Electric sold his first short story to one of the publications. By the time he'd sold his third, Vonnegut quit GE to join the likes of Hemingway, Fitzgerald, and Faulkner to write short stories at fifteen-hundred dollars a piece. Vonnegut himself has selected the best of these early stories for this audio collection, and has written a new preface and afterword for the occasion. Now listeners can relive the genesis of the master. Stories such as "Cruise of the Jolly Roger," "The Powder Blue Dragon," "Hal Irwin's Magic Lamp," and "Bagombo Snuff Box" return us to the beginning of a literary voice that's sure to endure forever. Bagombo Snuff Box, the missing pieces of the master's collection, is a ready-made classic for Vonnegut fans new and old.