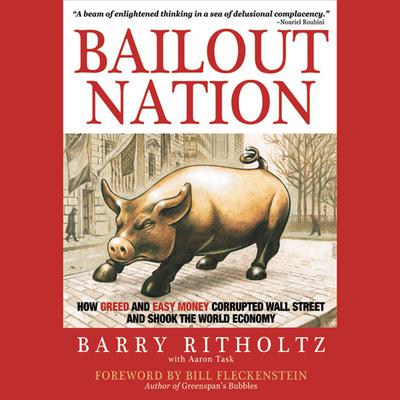 Bailout Nation, Revised and Updated is a scathing expose on the politicians, financial leaders, and regulators responsible for the financial crisis of 2008. Written by Barry Ritholtz, one of todays most popular economic bloggers and media commentators, the book shows how ideology has been turned on its head and how the U.S. has abandoned its capitalistic roots and morphed into Bailout Nation. Ritholtzs rogues gallery of perpetrators and enables includes Alan Greenspan, former Senator Phil Gramm, Presidents Bush and Clinton, Treasury Secretaries Robert Rubin and Larry Summers, the biggest Wall Street firms, the ratings agencies, and Washington regulators. Together these individuals and institutions created a system that allowed banks and financial institutions to operate with little or no effective oversight, reaping the rewards of their success and insuring their failures would be underwritten by taxpayers. Scathing, tough-minded and marked by a tone of outrage, Bailout Nation perfectly matches the public mood and stands alone as a searing indictment of the financial and political establishment.