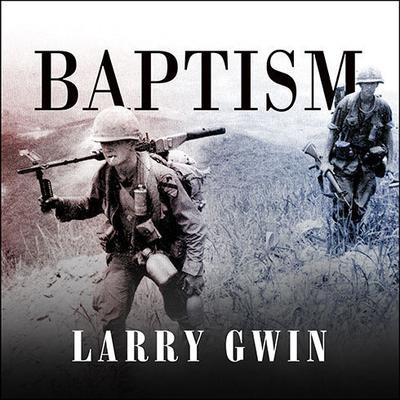 A Yale graduate who volunteered to serve his country, Larry Gwin was only twenty-three years old when he arrived in Vietnam in 1965. After a brief stint in the Delta, Gwin was reassigned to the 1st Cavalry Division (Airmobile) in An Khe. There, in the hotly contested Central Highlands, he served almost nine months as executive officer for Alpha Company, 2/7, fighting against crack NVA troops in some of the war's most horrific battles.
The bloodiest conflict of all began November 12, 1965, after 2nd Battalion was flown into the Ia Drang Valley west of Pleiku. Acting as point, Alpha Company spearheaded the battalion's march to landing zone Albany for pickup, not knowing they were walking into the killing zone of an NVA ambush that would cost them 10 percent casualties.
Gwin spares no one, including himself, in his gut-wrenching account of the agony of war. Through the stench of death and the acrid smell of napalm, he chronicles the Vietnam War in all its nightmarish horror.

Forcefully written, engrossing narrative, and heartfelt descriptions of some of the bloodiest battles of the war. —Lt. Gen. Harold G. Moore, USA (Ret.), coauthor of We Were Sodiers Once. . . And Young

Larry Gwin was commissioned as an infantry lieutenant out of Yale University in 1963. Gwin returned from Vietnam as a captain and taught history as an ROTC instructor at Northeastern University before leaving the army and heading to Boston University Law School in 1968. He has written more than eighty-five published pieces, taught at the prep school and college levels, and commenced an arbitration practice.