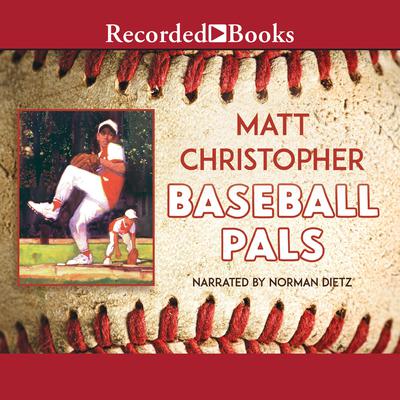 As the captain of his little league baseball team, Jimmie Todd thinks he should be able to choose any position he wants. He wants to pitch, although the other players on the team would rather give that position to Paul Karoski, a left-hander with a talent for pitching strikeouts. But Jimmie wants a chance so badly that he takes the position for himself. It isn't long before his weak pitching sets the team on a losing streak that has everyone, especially, Paul, disappointed in him. To regain the trust of his friends, Jimmie will have to do something extraordinary for the team-and he knows just what that something will be. For over 30 years, Matt Christopher has been enchanting young boys with good-natured, action-packed sports novels. In Baseball Pals, this popular author weaves lessons on teamwork and friendship into the spirited story of one boy's turn on the pitcher's mound.