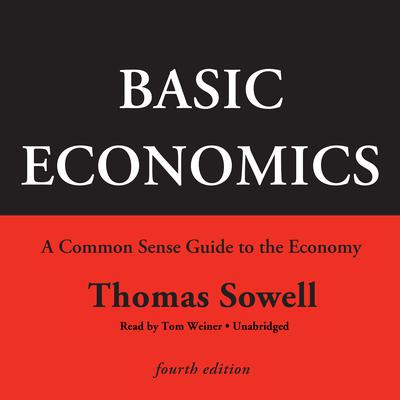 The fourth edition of Basic Economics is both expanded and updated. A new chapter on the history of economics itself has been added, and the implications of that history examined. Among other additions throughout the book, a new section on the special role of corporations in the economy has been added to the chapter on government and big business.

Basic Economics, which has now been translated into six foreign languages, has grown so much that a large amount of material previously found in the back of the book has now been put online instead so that neither the book itself nor its price will have to expand. The central idea of Basic Economics, however, remains the same: The fundamental facts and principles of economics do not require jargon, graphs, or equations and can be learned in a relaxed and even enjoyable way.

“At last there is a citizen’s guide to the economy, written by an economist who uses plain English…A comprehensive survey.” —Business Wire
“A book rich with explanations and examples of everyday economic issues.” —Walter Williams, George Mason University