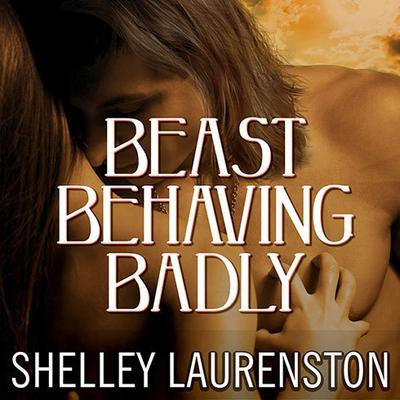 Ten years after Blayne Thorpe first encountered Bo Novikov, she still can't get the smooth-talking shifter out of her head. Now he's shadowing her in New York—all seven-plus feet of him—determined to protect her from stalkers who want to use her in shifter dogfights. Even if he has to drag her off to an isolated Maine town where the only neighbors are other bears almost as crazy as he is . . . Let sleeping dogs lie. Bo knows it's good advice, but he can't leave Blayne be. Blame it on her sweet sexiness—or his hunch that there's more to this little wolfdog than meets the eye. Blayne has depths he hasn't yet begun to fathom—much as he'd like to. She may insist Bo's nothing but a pain in her delectable behind, but polar bears have patience in spades. Soon she'll realize how good they can be together. And when she does, animal instinct tells him it'll be worth the wait . . .

Another Laurenston gem! [Listeners] can enjoy this tale even if it's their first in the series. —RT Book Reviews

Shelly Laurenston is the New York Times and USA Today bestselling author of many paranormal romance titles, including the Pride series, Hunting Season, and the Magnus Pack series. As G. A. Aiken, she has also penned the Dragon Kin series. Originally from Long Island, Shelly now lives on the West Coast.