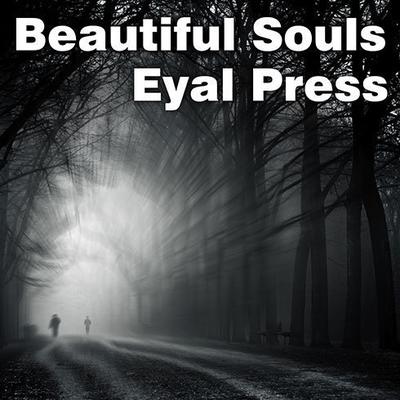 Beautiful Souls: Saying No, Breaking Ranks, and Heeding the Voice of Conscience in Dark Times

On the Swiss border with Austria in 1938, a police captain refuses to enforce a law barring Jewish refugees from entering his country. In the Balkans half a century later, a Serb from the war-blasted city of Vukovar defies his superiors in order to save the lives of Croats. At the height of the Second Intifada, a member of Israel's most elite military unit informs his commander he doesn't want to serve in the occupied territories. Fifty years after Hannah Arendt examined the dynamics of conformity in her seminal account of the Eichmann trial, Beautiful Souls explores the flipside of the banality of evil, mapping out what impels ordinary people to defy the sway of authority and convention. Through the dramatic stories of unlikely resisters who feel the flicker of conscience when thrust into morally compromising situations, Eyal Press shows that the boldest acts of dissent are often carried out not by radicals seeking to overthrow the system but by true believers who cling with unusual fierceness to their convictions. Drawing on groundbreaking research by moral psychologists and neuroscientists, Beautiful Souls culminates with the story of a financial industry whistleblower who loses her job after refusing to sell a toxic product she rightly suspects is being misleadingly advertised. At a time of economic calamity and political unrest, this deeply reported work of narrative journalism examines the choices and dilemmas we all face when our principles collide with the loyalties we harbor and the duties we are expected to fulfill.

This thought-provoking and moving narrative highlights the different ways people react to moral quandaries and, at its best, makes us question the role our own passivity or acquiescence plays in allowing unconscionable acts to happen on our watch. —Publishers Weekly Starred Review
“An act of conscience describes an action motivated by loyalty to a conviction, but it usually requires the defiance of other loyalties…Press’ real achievement in this short book is not in his research or analysis, but in his refusal to flinch from that disquieting fact…He knows that those who act bravely are all the more likely to feel anguished, since they know what’s at stake. In some ways this book is a thoughtful gesture of support. That might sound like a small thing, but it’s not.” —New York Times Book Review
“A subtle and thoughtful book…Beautiful Souls gains much from its storytelling approach. It is rich in personal, circumstantial details that analytical thinkers in search of clear principles may overlook.” —Economist (London)
“Provides rich, provocative narratives of moral choice…In exploring [resisters’] courage, Press makes us wonder if we would have the strength to act against the crowd, and in so doing spread a bit of light in our dark times.” —Washington Post

Eyal Press is an author and journalist based in New York. His work has appeared in the New York Review of Books, the New York Times magazine, the Nation, the Raritan Review, and numerous other publications. A 2011 Schwartz Fellow at the New America Foundation, he is also a past recipient of the James Aronson Award for Social Justice Journalism.