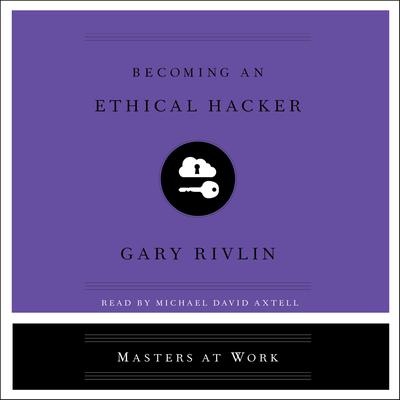 The Masters at Work Series

An acclaimed investigative journalist explores ethical hacking and presents a reader-friendly, informative guide to everything there is to know about entering the field of cybersecurity.

It’s impossible to ignore the critical role cybersecurity plays within our society, politics, and the global order. In Becoming an Ethical Hacker, investigative reporter Gary Rivlin offers an easy-to-digest primer on what white hat hacking is, how it began, and where it’s going, while providing vivid case studies illustrating how to become one of these “white hats” who specializes in ensuring the security of an organization’s information systems. He shows how companies pay these specialists to break into their protected systems and networks to test and assess their security. Readers will learn how these white hats use their skills to improve security by exposing vulnerabilities before malicious hackers can detect and exploit them. Weaving practical how-to advice with inspiring case studies, Rivlin provides concrete, practical steps anyone can take to pursue a career in the growing field of cybersecurity.

Gary Rivlin is the award-winning author of Fire on the Prairie; Drive By, a New York Times Notable Book of the Year; and The Plot to Get Bill Gates, among other works. A two-time Gerald Loeb Award winner, he has worked as a writer and reporter for the New York Times, Industry Standard, East Bay Express, and the Chicago Reader, and his articles have appeared in the New York Times Magazine, GQ, Salon, Newsweek, and Wired, among other publications.